Subscribe: Spotify / iTunes / Stitcher
“It was freezing cold and pouring rain,” Ayesha McGowan remembers her first bike race. “It wasn't until I got into it that I realized I didn't know what I was doing. I remember getting to the starting line. I remember them sending us off, and I watched the women in front of me go, but I felt like I was barely moving. I think I was petrified. I left that race in tears.”

From that unlikely start, Ayesha would go on to become an elite racer - and she’s not stopping there. She dreams of becoming the first African-American female professional cyclist ever. On this episode of Athletes Unfiltered, we’re looking at the journey and we’ll speak to three people who ask themselves, “How did I get here?” We’ll introduce you to Mimi Anderson, who was a normal British housewife - until she felt called to run across the Sahara Desert. And we’ll speak to Greg Erwin, who was touring the world as a rock drummer, but realized what he really wanted to do was ride his bike. Listen now. 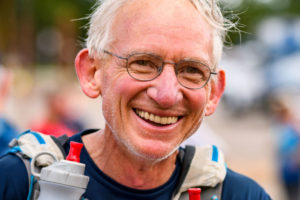