„It’s hard to choose just one hero, because I’ve spent my whole life looking up to strong women and being inspired by their fortitude and quiet bravery. But if I have to pick just one, it would be Kelly Holmes. From the age of about 11, I was passionate about running. Running was my fun, my therapy, my escape, my obsession. I wasn’t much good at it but I dreamed of one day being FAST. I can still remember watching Kelly Holmes run at the Athens Olympics, from the sofa at home, and feeling blown away by her performance in first the 800m and then the 1500m. It wasn’t just that she was an amazing runner and she won two Olympic finals. It was the expression on her face: the surprise, the disbelief, the pure joy. The memory of watching still brings tears to my eyes. I knew Kelly had battled with injuries for years, and suffered clinical depression as well, and on her face you could see what it meant to her. I never even dreamed I’d be an Olympian myself, but watching Kelly Holmes win like that was the most inspirational experience of my life.“ “I wouldn’t be where or who I am today without J’ne Day. She is the embodiment of strength, persistence, joy, and the deliberate intention to follow what you love and never apologize for being yourself. When I met J’ne it was my first run, at 5am, one cold, dark morning. From there, J’ne introduced me to the joy of trail running, she coached me to my first road marathon and then an ultra marathon. She taught me to problem solve and to find the positive side when things don’t go your way – in life and during a race.”

„I started ultrarunning not really that long ago, 2012, but back then I really couldn’t find many females out there doing the races. One name kept coming up though, Mimi Anderson. She was out there doing all sorts of badass things. Really inspired by her races, I signed up for my first big multistage ultra.

I remember emailing her with heaps of questions and she responded every time. I’ve met her a few times since then and she’s just lovely in real life. Fearless, strong, groundbreaking and an inspirational hero of mine.“ 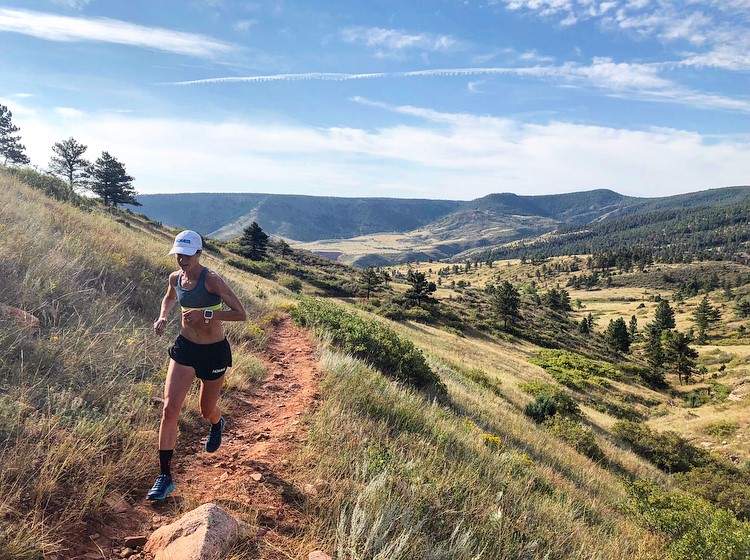 “I met Keri Serota when I was 12 – I was playing every sport that existed and she was working at the same adaptive sport organization. One of our first interactions was her coming up to me and asking, ‘Do you want to come to New York with me and race in the NYC triathlon?’ While I didn’t go to NYC that year, the following year I was crossing my first finish line of a triathlon, racing in my first National Championship, and qualifying for my first World Championships in New Zealand. All of this was because of that extra little push Keri gave me to get involved in the sport that now has me chasing Paralympic dreams.

“I think the role Keri has played in my life goes beyond the athletic accomplishments she has helped me achieve. She is a pure example of chasing something you believe in so much – she took her passion of adaptive sport and love of triathlon to be the founder of Dare2tri – an organization devoted to getting those with physical disabilities involved in the sport of triathlon from the grassroot level all the way through the Paralympic level. She took a leap and since 2011 – Dare2tri has reached the lives of people all around the world.“