Fighting for the Right to Ride

Most athletes don’t have to fight for the right to compete in the sport they love. The vast majority of us can just sign up and race. For Rachel McKinnon, it’s not that simple. She’s a transgender athlete, one of the first to win a world championship. And while she has competed in sports her whole life, now she faces harassment just for pinning on a number.

“I've received a few death threats. I receive physical hate mail at work. I receive tons of electronic hate mail. And even just today – before we were recording – I had to delete two hateful comments on an Instagram post.”

In the newest episode of Athletes Unfiltered, we speak with Rachel about why she loves racing so much she’s willing to put up with a level of harassment and hatred that would make most of us afraid to leave the house. Listen now. 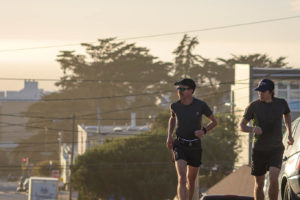